I devour romantic suspense, mysteries and romance.  I also write them.

I wanted to blog on a subject that encompassed all three. Research was a perfect fit. Today most can be done online, but I still do it the old-fashioned way of going to the library. It forces me to leave my desk, and interact with the outside world. I know it sounds crazy but I love the perusal of titles as I move down the shelves. There’s an excitement that builds until I reach that one special book that says “Pick Me, Pick Me.”

I know, I can hear you say, ‘of course, you’re an author, you’re supposed to feel that way.”

It has nothing to do with writing. The very first time my mother took my brothers and sisters and me to the New York Public library in the city it grabbed my heart and didn’t let go. It’s magnificent.  This was also the first time I got to pick without guidance a book of my own choosing.  One that wasn’t required reading for school.  I’m sure she was overseeing the titles to make sure it was age appropriate. But I didn’t care.  Magic happened between those pages on that day as I flipped through the first chapter of each book, before I decided on that one special story to bring home. We were only allowed one book at a time. It was one of my mother’s many rules. With ten children it made it easier for her to keep track of all of them.

Here’s the regal reading room at the NYPL. It’s one of my favorite places on earth.\

If I found two, I’d write down the title and stick it in my pocket for the next visit.  Summer for me wasn’t about running around crazy. It was sitting under a tree or on the beach with a book in my hand as it whisked me away to foreign lands, secretive places or handsome lovers with a promise of ‘happily ever after.’ Oh, yes, books were that and more to me, each one worth its weight in gold.

To this day, I get lost in a story so much it takes me a few minutes to rejoin the real world once I put the book down.  It drives my husband crazy. He’s since learned that he needs to get my attention before he speaks if he wants me to remember the conversation.  As a child in a five room apartment occupied by twelve people (5 brothers, 4 sisters, 2 parents and I), I learned to shut off my ears to read, to escape into its world. I vacationed inside the pages, while my friends went on planes or traveled by car.

I think writing came naturally after reading so much. Though I loved the stories I read, I had so many more inside my head shouting to get out. With the encouragement of my third grade teacher, Mrs. Wright, I started putting my stories on paper, and I’ve never stopped. In fact, reading and writing had helped me through a long recovery from open heart surgery and got me first contract.

How about you? What is it about reading that you love?  Please share your first memory of your visit to the library or the bookstore.

One of ten children Marian Lanouette/Merry Holly took up writing to explore new and adventurous places. While her friends traveled on planes for vacation, Marian/Merry traveled in books. With an overactive imagination she started creating her own characters and stories. Romance and mysteries are her favorite genres.

An avid reader, she discovered her love of mysteries by reading the Daily News as a youngster. Intrigued by the real life crimes, and how the police worked and eventually solved cases, ignited her imagination beyond the ordinary. She’s working on the third book in her Jake Carrington Mystery series titled Mated for Life.

Season of Promises Holiday Box Set will be released in the fall of 2016. 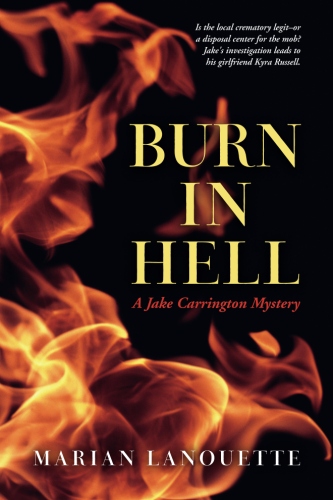