Have you ever experienced the tyranny of the blank page?

If you’re nodding in agreement, you are in good company. In fact, I believe every writer—from beginner to published—has experienced those feelings of doubt and apprehension, especially at the start of a new manuscript. That’s when gremlin thoughts are most powerful.

In this post, I will offer several suggestions on how to squash those gremlins and start writing the first page of your next manuscript.

rule #1–Start with a bang

Some writers believe the first page needs drama: a passionate argument between two people or a man running out of a burning house. One problem: the reader is not yet invested in the characters. The two people arguing could be murderers, and the man running out of the burning house could be a burglar. The reader needs to know more about the characters and their motivations before the drama occurs.

rule #2—Start at the beginning

You can use a prologue to cut forward to later events or recall much earlier events. A three- to five-page prologue that introduces the crime or dead body can whet the reader’s appetite for more details. This works well with mysteries and thrillers.

Used effectively, dialogue can establish the writer’s or protagonist’s voice. This will quickly draw the reader  into the writer’s world

So, what should the “right opening” accomplish?

Very simply, the first sentence needs to draw the reader’s attention to the next sentence and the rest of the first paragraph. And so on. That first sentence does not have to be loud or flashy…only intriguing.

“It was a bright cold day in April, and the clocks were striking thirteen.” 1984 by George Orwell.

“They shoot the white girl first.” Paradise by Toni Morrison

“It is a truth universally acknowledged, that a single man in possession of a good fortune, must be in want of a wife.” Pride and Prejudice by Jane Austen

“Happy families are all alike; every unhappy family is unhappy in its own way.”Anna Karenina by Leo Tolstoy

“When I think of my wife, I always think of her head.” Gone Girl by Gillian Flynn

If you’re struggling with “intriguing,” start with a simple sentence, and use the rest of the paragraph to follow up with details.

five examples of the “Simple” Approach:

“It was love at first sight.” Catch-22 by Joseph Heller

“We slept in what had once been the gymnasium.” The Handmaid’s Tale by Margaret Atwood.

“Nothing happens the way you plan it.” The Pillars of the Earth by Ken Follett

“When he was nearly thirteen my  brother Jem got his arm badly broken at the elbow. To Kill a Mockingbird by Harper Lee

Hard-to-read and grammatically incorrect sentences can turn off readers, agents, and publishers.  But sometimes they work!  (English majors and editors–start cringing!)

Two examples of  the “Breaking the Rules and Getting Away with It” approach:

“You better not never tell nobody but God.” The Color Purple by Alice Walker

“If you really want to hear about it, the first thing you’ll probably want to know is where I was born, and what my lousy childhood was like, and how my parents were occupied and all before they had me, and all that David Copperfield kind of crap, but I don’t feel like going into it, if you want to know the truth. The Catcher in the Rye by J. D. Salinger

Here’s the first page from my new release…

He couldn’t believe he was following his wife’s advice. After twelve years of paying lip service to deep yoga breaths, mindfulness, and all the other New Age crap she espoused, he had finally found a use for it. His midnight run usually sorted out all the stress, but tonight was different. He still couldn’t shake the venom that had been directed his way.

To make matters worse, it had come from eight women, eight very different and very annoying women. He had bedded four, but right now he couldn’t imagine having sex with any of them. As for the untouched four, well, only one interested him, and it had nothing to do with her feminine wiles and everything to do with her healthy bank account.

He would have to take something to get through the night, something a lot stronger than his wife’s herbal teas. The remnants of an old Percocet prescription came to mind. Two capsules might do the trick. The thought of a panacea, albeit a chemical one, calmed his racing thoughts. A good night’s sleep would make a world of difference. And tomorrow, he would sort it out.

The light patter of feet distracted him. Definitely a woman’s gait. Her breath was even, neither shallow nor panting. Younger, maybe in her thirties. His pulse quickened, and a smile spread over his features. A welcome distraction. Just what he needed to erase the built-up stress. To hell with deep breathing, affirmations, and Percocet.

Readers: Share the first sentence of your favorite novel.

Writers: Share the first sentence of your latest release. Include a buy link. 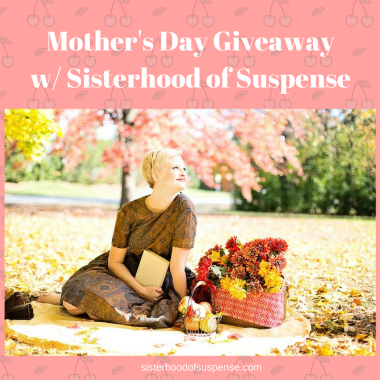