Kathryn Jane’s post from January 8th, The Magic of Story, resonated so much with me that I just had to “ping back” to that topic today. I’m a big fan of Nora Roberts (okay, so she’s my idol, I’ll admit it), and I begin each day by posting one of her quotes on Twitter.

Nora says story is magic. I, like Kat, agree. And it is brilliant.

Many of my own story ideas came to me in the middle of the night, just like the one Kat talked about in her blog here–including my present almost-finished work in progress, CIVIL HEARTS.

In fact, one of the first story ideas I ever had came to me on a sunny, Sunday morning about twelve years ago, when I was lying in bed. Floating in that place between waking and sleeping, the plot, the characters–everything came into my head. I jumped up and ran to my laptop to outline the story before the idea went away.

Unfortunately, this story idea has not yet come to fruition. I say “not yet” because it’s still alive, in multiple forms and variations, in my thoroughly backed up computer files. I’m just not good enough a writer yet to do it justice. It will be, when it happens, my “magnum opus.” 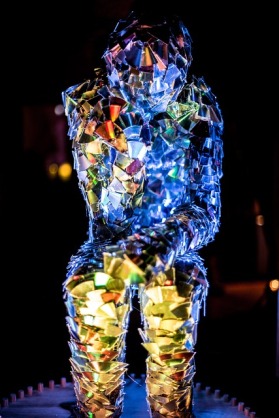 As for CIVIL HEARTS, the story came to me in the wee hours of a restless night when a memory from my distant past came drifting into my brain like an errant cloud. You see, many years ago we toyed with idea of following some close friends of ours who had moved to Birmingham, Alabama. We even went so far as to go around with a realtor and look at homes in the area.

One of those we visited was an 19th-century antebellum-style home that had been left empty for many years. The house spoke to me. (Was it the house? Or the spirits still living there?)

Now, decades later, those spirits finally found me in Massachusetts, a mere 1200 or so miles away, in the middle of a sleepless night. They whispered in my ear, bringing back my visit to that house, complete with visceral, crystal-clear details: sights, sounds, smells, and a presence.

A “presence” that became the ghost of a Civil War soldier who still lives there . . . in my imagination, and in CIVIL HEARTS.

Yes, Kat, story is magic. And magic is supernatural. I have another confession to make: sometimes, I get a little creative help from my supernatural friends.

Claire Gem is an award winning author of contemporary romance & supernatural suspense. You can find out more about her work at her website & on her Amazon Author Page.