The idea for this post came to me while I was speeding along 820 W, the loop that circles Fort Worth. I travel on this road daily and frequently more often. For most of this road the speed is 65 mph. (Does Canada have the same speed limit measures?) Usually, I set my cruise control about 67 or 68. That’s because most of the folks are driving 70-75. Seriously. And I know cars have flown by me going 80.

(I slowed down to take this picture!)

So, Saturday I didn’t have on the cruise control and looked down to see I was flying along at 75 myself, just keeping up with the traffic, you know. After slowing down to closer to the limit, I set the cruise control.

By nature, I’m a rule follower. If the speed limit is 65 mph, that’s what I should be driving. At least very close to it. 😊 I realize there are folks in the world who are by nature not rule followers. Sometimes they are inventors and the creatives, and we’re grateful for their contributions to the world. But the world runs better IMHO if people follow the rules and the laws. Bad things can happen if these are ignored. 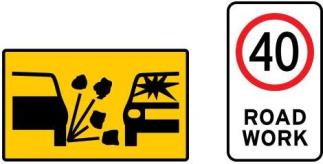 Many years ago, on my older daughter’s 6th birthday (She’s in her 40s now.) my husband was in a wreck, totaling his car. A woman flew through a red light. I mean flew through it. Two cars had gone on the green before my husband entered the intersection. Now I don’t know what was going on in her life that made her think it would be okay to do that, but that was a bad decision. Fortunately, my husband wasn’t injured, but his mostly new car was totaled, and it was years before we could afford to get him another new car.

There are all sorts of examples of people skirting rules giving no thought to the affect of their actions on others. Do people just not have a conscience that doing bad doesn’t bother them? Are folks cowards to not stand up for the right? Years ago, in some class or other, I heard this exclamation of what our conscience is like. Imagine a ball. Inside the ball is a cube.

What happens if you keep doing wrong? I think the points of the cube get warn down, so you don’t feel discomfort anymore.

A crisis of conscience occurs when we know what’s right to say or do, but the consequence of doing so might not be the best for us. That can be something as simple as accidentally getting out of the store without paying for an item. Do you go back in, making you late for your next appointment? Or do you just forget about it?

Or what if you know your boss is cutting corners and not following the guidelines for a building? You need the job, but the building could fall if you don’t say something.

What if the person doing the bad thing is someone you’ve always liked and gotten along with, but you find out they are stealing from your company? Does that make a difference?

We went to the Fort Worth Stock Show & Rodeo Monday night where I have a small crisis of conscience which causes me to root for the animals. 😊

(From 1984, the first time I ran for the School Board. I lost this election. It was for the best. Kids were too young, and I learned a ton in the next four years when I ran again and won.)

I had a major crisis of conscience came when I was on the school board in the early 90s. We had seven single member districts with the President and Vice President elected at large. There was a push to make our board more diverse. We had two members who were black, but no Hispanics in a district with a growing Hispanic population. The idea was to make the Vice President position another single member district, making it easier for a minority to win it. The white Vice President was a very good friend of mine. We’d gone on the board at the same time. She was a strong advocate for our minority population. I was so torn by how to vote. Vote to make the change which would allow another minority and a Hispanic on the board? Or vote against my friend? It was agonizing trying to make that decision. Ultimately, I voted for the change, but I lost a good relationship, which only in recent years has been repaired. Still I believe it was the right vote.

In TRUTH BE TOLD, the heroine’s father has a crisis of conscience, and chooses to pay a blackmailer causing all sorts of problems for his family.

Have you had a crisis of conscience over anything? Do you have another explanation for how our conscience works? Love to hear from you.

Please sign up for my Newsletter and Blog on https://authormarsharwest.wordpress.com/